THE Movie That Changed My Worldview

For those of you who have never seen the movie Rudy, it is a out a young man’s journey from the steel mills just outside Pennsylvania to the gridiron of Notre Dame football.

Rudy was an average, undersized high school football player who had average grades to match. His whole life he grew up watching Notre Dame football with his father and brothers on the family’s black and white family room T.V.

From a young age Rudy always dreamed of going to Notre Dame and playing football. No one gave him a chance. 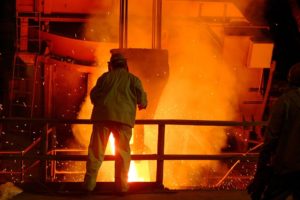 After high school Rudy did as was expected. He joined his father and older brothers working in the local steel mill. His best friend from high school also started working in the mill. For Rudy, the mill was always a stepping stone.

His fate changed when his best friend was killed in an explosion. At that moment, Rudy resolved to follow his dream. He left his family and his girlfriend whom he was expected to marry and decided he would go to Indiana and pursue his dream of playing football at Notre Dame. As you can imagine, everybody thought Rudy was crazy. He was mocked by those closest to him. Everybody tried to talk Rudy out of his crazy idea of following his dream.

Stepping Out Of Your Comfort Zone

The pivotal moment in the movie for me was the scene at the bus station. Rudy was sitting on the bench waiting for the bus with one duffel bag full of clothes. His father, played by Ed Beatty, enters the frame and sits down next to Rudy. 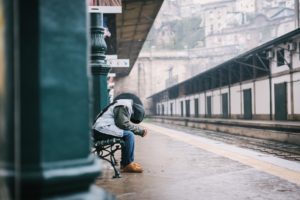 He calmly shared a story of his childhood when he and his brothers encouraged his father to take out a loan and increase the size of the cattle on their farm, so they could sell more meat and make more money. The weather did not cooperate that season on the farm and most of the cattle ended up dying. The family ended up losing the farm.

Rudy’s father’s message was loud and clear. “Son, it’s best to do what you know and stay within your comfort zone.” He had hoped that Rudy would heed his message and come home. But, Rudy was undeterred.

Exasperated, Rudy’s father delivered what was, for me, the line of the movie. He threw up his arms and exclaimed, “Rudy, Notre Dame is not for Ruettiger's (Rudy’s last name), it is for other people. Ruettiger's work in the steel mills.”

Wow! Talk about a buzz kill. Even your dad thinks you are crazy. 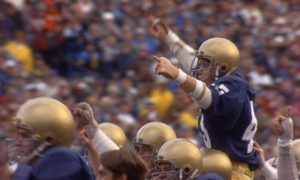 Thank God Rudy did not head his father’s advice. How his life would have been different.

Rudy did go to Notre Dame and he did play on the football team and he did run out of the tunnel onto the field.

Every time I make the decision to do something different that is not directly within my wheelhouse or comfort zone, I hearken back to Rudy’s conversation with his dad. If Rudy believed in himself when his chances for success were so low, why shouldn’t I go for it!

To find out more about how Rudy’s greatest risk produced his greatest gain, treat yourself and watch the movie with your whole family.

How I Went From a Lawyer to Personal Branding Expert

How to Master Productivity