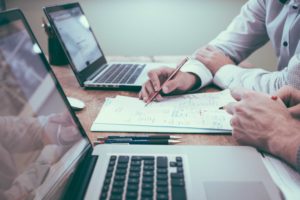 “Living Life is not for Sissies”

I wish I could take credit for this quote, but I cannot. It belongs to Mariya Alexander, the no nonsense executive assistant to one of my clients.

In his best-selling book, The Road Less Traveled, author, Scott Peck sums it up perfectly in his first line, “Life is difficult.” What is also true is when we work hard, take chances and get up after we fail, life is also amazing, exhilarating and exciting.

In my own life, I have endured my own fair share of hardships. But I always found a way to dust myself off and go on. Nothing heroic. Just made the choice.

If you don’t think success is about grit, consider these facts and statistics:

a) 80% of all sales are made after the fifth contact

c) Colonel Sanders, the founder of Kentucky Fried Chicken, started his business at 65 years old. He slept in his car for two years, traveling around the country until his idea caught on

d) Sylvester Stallone was offered $50,000 for his script, Rocky under one condition. He had to agree to not play the lead role.

e) In Malcolm Gladwell’s bestseller, Outliers, Gladwell calculates that those who become experts in their fields, the Bill Gates and Wayne Gretzkys of the world, have practiced their skills for more than 10,000 hours.

This list could go on and on, but I think you get my point. Excellence takes effort. And along the way expect to fail and experience a lot of rejection.

The first year in business I cold called over 6,000 people and almost all of them were the wrong person! That’s right, I was prospecting the wrong people.

I could have quit. But, I didn’t. I knew the solution was out there. I just had to find it.

Since that time, I have built a multi-million-dollar business and have developed a blue-chip roster of clients. All because I knew what I wanted, and I was willing to do what it took to get it.

And I am only just getting started!

Check out some of my most read posts:

How to Master Productivity

5 Business Development Tips to Make You a High Performer