How I Went From a Lawyer to Personal Branding Expert 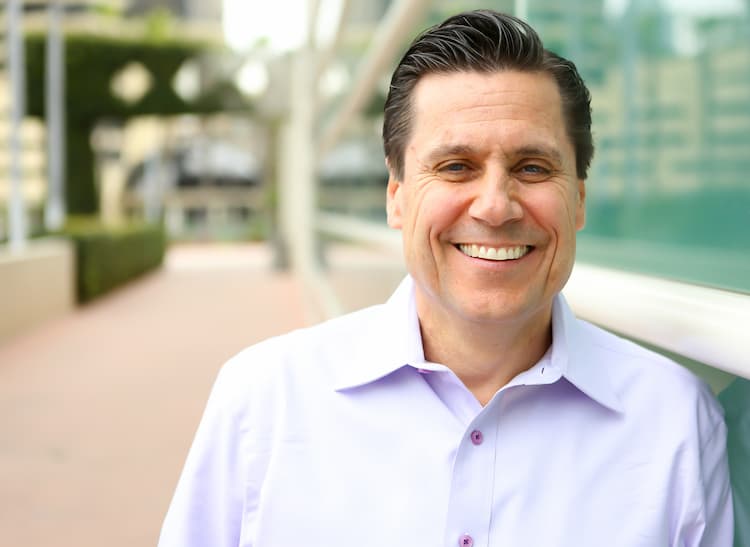 I am often asked, “What made you transition from a lawyer to a business coach?”

The short answer is I decided long ago that I was not going to spend my life in a job I did not love. Instead, I believed, and still do, that you only get one shot at life, so you might as well do what you love.

The problem was, I was unfulfilled and bored.

I was only a few months into my career as a lawyer and I dreaded it. Not the firm. Just the work. Nothing about it was me – head down in the library all day, billing in six-minute increments, fighting over other people’s money and having to navigate petty office politics. I knew there was something else out there for me. I just didn’t know what.

Do you know how some people attribute a seemingly random occurrence that carries a powerful message as a sign from God? Well, on this day, I think either God or my guardian angel was speaking to me through a songwriter who was being interviewed on the radio.

I heard his message nearly 30 years ago, but I will never forget it. Responding to a question from the host (I cannot remember what the question was) the songwriter said, “My Dad once told me, ‘Son, do what you love to do and you will figure out how to make money doing it.’”

That was it! That was the sign I was looking for! Now all I had to do was figure out what that “it” was and the rest would be easy.

Not so fast. What I came to realize was that our first move, while necessary to get us to take action, may not always be where we end up.

Three years into my career as a lawyer my opportunity presented itself. I was walking in New York City with my friend when we saw a flyer advertising acting classes. Immediately, I said, “let’s do it!” He agreed and the following night we found ourselves in the famed Actors Studio in lower Manhattan. Immediately, I was hooked. For many months I attended my classes in secret, too embarrassed to say, “I want to be an actor.”

Finally, I summoned the courage to let the world know my plans. I called my parents and told them I had some news I wanted to share with them. I honestly think they thought I was coming home to tell them I was switching jobs.

Instead, I said, “I am leaving the practice of law to pursue acting.” Being from a big, Irish, Catholic family, this did not go over so well. As a matter of fact, I remember my father literally having no reaction at all. He merely went back to reading his paper. I think my father thought, “If I just pretend he did not just tell me that, maybe we can pretend this never happened.” My father should have known better.

He and my mother raised a very determined son. Over the next seven years I gave it all I had. I went back to school, got headshots, walked up and down the streets of Manhattan submitting my resume and auditioning every chance I could get.

At the age of 31 I moved to California, not knowing a soul. Pound the pavement for every opportunity to audition. Nobody wanted to hire me so I partnered with another guy and we raised $500,000 and starred in our own movie. Unfortunately, I could never catch a break. But I have not an ounce of bitterness over not being able to make a living in the entertainment industry.

As I approached my 35th birthday something inside of me said it is time for a change. I could have easily defaulted back into being a lawyer, but it wasn’t me. During my time as an actor I was introduced to personal development (e.g. Tony Robbins, Zig Ziglar, Jim Rohm).

Some of the messages that stood out to me were:

“You decide who you want to be”

“Don’t let your fears hold you back”

I couldn’t get enough of it. I read dozens of books listened to as many takes and attended too many seminars to remember. All of this was, of course, for the purpose of preparing me to succeed as an actor. I had no idea my acting career was actually preparing me for my true vocation. Becoming a motivational speaker, business strategist, and personal branding coach.

Things seem to move slowly for me while I perused acting, but once I decided I was going to pursue a career in the professional development space, my life took off like a rocket. I can honestly say, I accomplished more from 35-40 than I did in my prior 35 years. I built a million-dollar business, wrote a book, bought a home, got married and had my first child. All because I never settled.

As I look back on my career I would say, becoming an actor was the most pivotal move in my life. Not because I succeeded. I did not. But because it was the necessary first step to get me to take action.

What necessary first step do you have to take? Your happiness may very well depend upon it.

Check out some of my most read posts:

The Best Sales Closing Technique for Any Salesperson