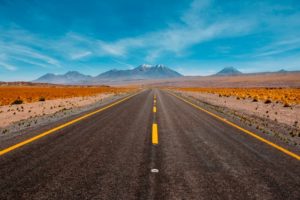 Let me take you back to October 30, 1974, Heavyweight Champion, George Foreman was squaring off against Muhammad Ali in the Rumble in the Jungle.

Muhammad Ali was the master of personal branding. He arrived in the Republic of the Congo a month before the fight on a private plane to much fanfare. The red carpet was rolled out, the band played the Congo’s national anthem and dignitaries met Ali at the airport.

Ali took advantage of his time. Rather than train in solitude he woke up every morning and ran through the dust covered streets from village to village. To rally the adoring fans that lined the streets as he ran by, Ali asked, how do you say “Kill him in their native language Lingala. The answer is “Bomaye.” 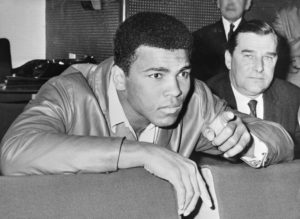 Day after day, Ali ran through villages raising his fist and chanting to the Congolese people who lined the roadside, “Ali!” to which they responded on cue, “Bomaye!” By the time Foreman had arrived the entire country was in Ali’s pocket.

Fast forward two weeks. Foreman arrives in the Congo to the same pageantry as Ali. Foreman’s brand at the time was “mean” and he embraced it with every ounce of his being. When the doors to his plane opened, Foreman boldly stepped out with a handful of leashed attached to his German Shepard dogs. Problem was during World War II the Germans tormented the Congolese people with their German Shepard’s. Immediately, the entire country was against Foreman.

The rest is history. Ali went on to knock out Foreman in one of the greatest upsets in boxing history.

Foreman went on to have two more uneventful fight, both of which he lost. He returned to the mean streets of Houston. After licking his wounds, Foreman decided it was time for the next chapter in his life. He dedicated himself to helping the children of Houston’s inner city. He also became an ordained minister.

He also changed his brand to “nice.”

Choose Your Own Personal Brand 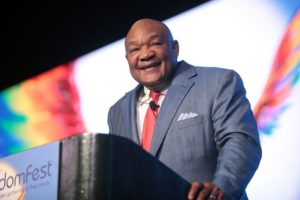 Despite all the ridicule for being too old and too fat, Foreman persisted. He eventually regained the heavyweight championship at the age of 46, knocking out Michael Moorer. The oldest man to ever do so.

It didn’t end there. Foreman went on to become, perhaps the most lovable sports figure in the world. He signed a slew of endorsement deals, including attaching his name to the George Foreman Grill. He eventually sold his interest in the George Foreman Grill for more than $200MM. Not bad for a guy who changed his brand from mean to nice.

Never Allow Bitterness To Consume You

The morale of this story for me is, where we start out is not always where we end up. The key to George Foreman’s renaissance was he never allowed bitterness to consume him. 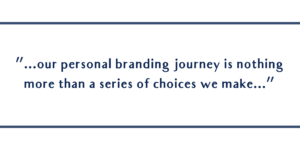 It is a fact. If you try to make the most out of your life, you will fail and run into roadblocks. Some may seem insurmountable. At the end of the day, our personal branding journey is nothing more than a series of choices we make, including how we respond to our setbacks.

10 Tips for Bouncing Back from Major Adversity

4 Business Development Strategies That Will Amp Up Your Results